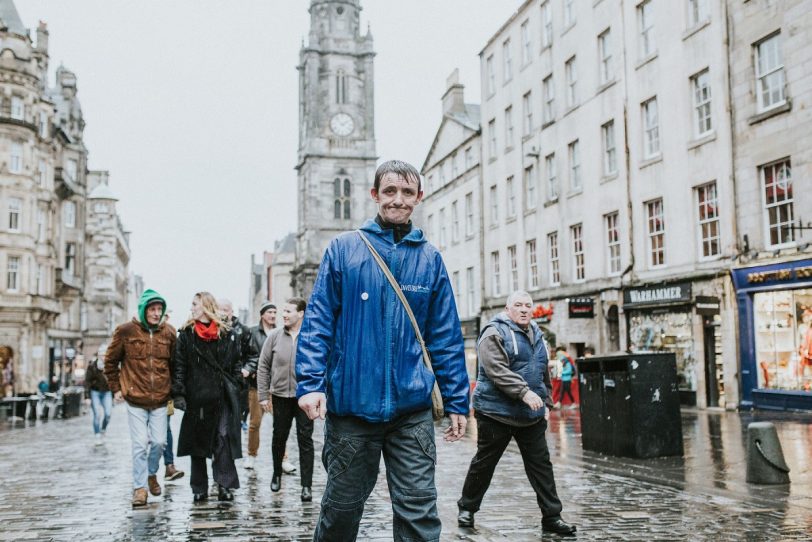 Which city is better: Glasgow or Edinburgh?

The age-old debate continues! Which city is better: Glasgow or Edinburgh? Well, we certainly won’t give it all away, but we have plenty of thoughts on this debate and we’re keen to share them with you.

Whichever city you prefer and whichever city you opt to visit, we would love to take you on a tour. We offer walking tours in Edinburgh and in Glasgow. Join us for one or all of our unique tours to dive deeper into local history and culture. After exploring both cities with our tour guides, you might have your own opinion on which city is better!

Until then, let’s compare Glasgow and Edinburgh to help settle this ongoing debate.

Why is Glasgow better than Edinburgh?

For those who say that Glasgow is better than Edinburgh, there are a few common points raised to support the theory. Glasgow is Scotland’s largest city by scale and population. It’s also the heart of live music, performing arts, and creative industries.

In Glasgow, you’ll find the Glasgow Royal Concert Hall, which is home to the Royal Scottish National Orchestra. It also hosts the annual Celtic Connections festival as well as the World Irish Dancing Championships. The Scottish Ballet, the Scottish Opera, and the National Theatre of Scotland also all call Glasgow home.

In addition to the traditional performing arts, Glasgow also hosts the SSE Hydro Arena, which is the largest concert and conference venue in Scotland. The Hydro is regularly hailed as one of the premiere venues globally, alongside the O2 Arena in London and Madison Square Garden in New York City.

Live music venues are plentiful throughout the city for smaller gigs, while museums and galleries feature every type of art imaginable. Glasgow is also known for its excellent shopping opportunities! Head to the Style Mile or check out unique spots like Barras Market.

Find out more about the top Glasgow tourist attractions and explore all the wonderful reasons why Glasgow is a great city!

We’re currently training in Glasgow, so keep an eye out for tours coming soon!

Why is Edinburgh better than Glasgow?

Those who say Edinburgh is better than Glasgow point to other facets of Scottish history and culture. Whilst Glasgow hosts the nation’s largest performing arts venues and is home to nearly one-third of the entire national population, Edinburgh is the nation’s capital. There are also two areas of Edinburgh that are designated UNESCO World Heritage Sites: both Old Town and New Town.

Tradition and history reign supreme in Edinburgh. From Edinburgh Castle down the Royal Mile to Holyrood Palace and the seat of national government at the Scottish Parliament Building, there are massive, significant monuments to Scottish history across the city.

Cobbled streets and narrow lanes are as plentiful in Edinburgh as sprawling parks and hilltop vantage points. You can check out these scenic spots in Edinburgh or take our tips for the best way to see Edinburgh if you have just a few hours to spare.

We think Edinburgh is an excellent city and we love sharing the stories of people and places within it!

Tourism in Glasgow vs Edinburgh

Despite the fact that Glasgow is the largest city in Scotland and boasts so many wonderful cultural attractions and institutions, Edinburgh is the more popular destination among international tourists.

That doesn’t mean we think it’s better, however!

Edinburgh attracts international tourists due to its historical prominence and its UNESCO status for two different parts of the city. The architecture and traditions in Edinburgh are obvious and attract many international visitors. The city also boasts massive festivals throughout the year, including the largest arts festival in the world in August.

However, Glasgow just might be the more popular city for local visitors. With its prominent venues, fans from across the UK flock to Glasgow to see major international acts live on stage. Scots head to Glasgow for shopping, in addition to the many smaller live music venues and creative industry opportunities. And there are large conferences held in Glasgow that exceed the capacity available in Edinburgh venues, so business travellers are often headed there to enjoy the amenities.

Both Edinburgh and Glasgow are home to several prominent universities and attract students from around the world. Both cities feature major industries providing jobs in everything from technology startups to financial services to aerospace, biotech, tourism, and more. With a higher population and wider array of services and amenities, the Greater Glasgow area is a popular destination for newcomers moving to Scotland.

Both Glasgow and Edinburgh are great places to live!

So, which city is better?

Surely you can’t expect us to say one city is better than the other! As Glasgow and Edinburgh are so very different, they will also appeal to different people for different reasons. At Invisible Cities, we firmly believe that everyone has a unique story to tell. We don’t believe in labels or stereotypes, which is really what this debate between Glasgow and Edinburgh is about.

No matter where you’re from, what your background is, or which football team you cheer for, we think that everyone offers value by sharing stories and listening to each other.

If you’d like to learn more about each of these cities from uniquely local perspectives, we would love to have you join our walking tours with a difference. Beyond Edinburgh and Glasgow, we also offer tours in York and Manchester, with tours in Cardiff coming soon! Feel free to contact us with any questions about our offerings.