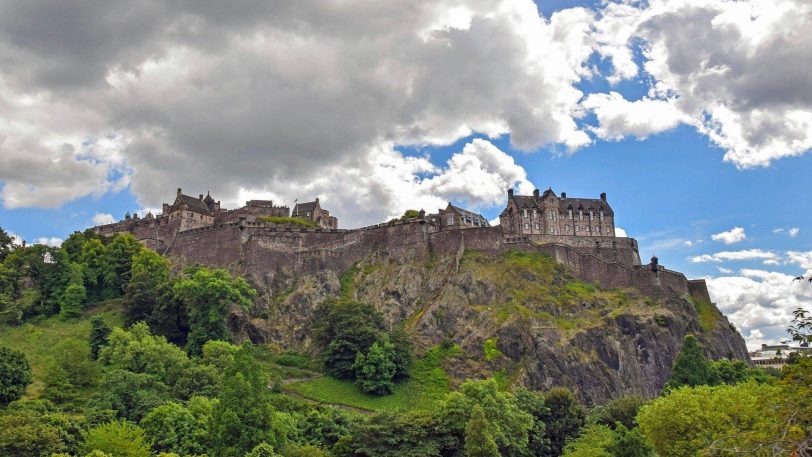 Edinburgh, like all great cities, can be explored over and over again. Even long-term residents find themselves continually discovering new sides to the city. And as a diverse, vibrant capital city, Edinburgh is changing all the time, with ever more depth being added to its already (very) long story. A list like this one will always invite discussion among those who love the city, and no Edinburgh list could ever claim to be definitive.

But at Invisible Cities, we’re all about championing personal stories and celebrating the unique relationships that people develop with the place they’ve decided to call home. All of our tours are taken by guides who have been affected by homelessness, and each guide brings their own special perspective to the city you are exploring.

On every tour, you are guaranteed to hear tales and uncover corners you would have otherwise missed. So, join us today as we outline 5 of our favourite tourist attractions in Edinburgh. And while you’re here, be sure to check out our list of available Edinburgh Walking Tours. Those travelling more widely in Scotland may also want to consider our range of Glasgow Walking Tours.

Edinburgh is often referred to as ‘the Athens of the North,’ and the city does undeniably carry a grandiose air, with the medieval castle looming over the streets below. Edinburgh is a particularly old city, and its layers of history are on display almost everywhere you look. It’s beautiful, cinematic, and begs to be explored.

But if the comparison with Athens is invoked to show off the city’s classical, monumental credentials, then it is only telling a fragment of the city’s story.

Edinburgh has a pedigree as a birthplace of rebels and nonconformists, subversion and playfulness are in the city’s DNA. And the Scottish National Gallery of Modern Art is symbolic of this. Since opening its doors, the Gallery of Modern Art has championed Surrealists and Cubists, outsider artists from across the globe, and exciting, game-changers from closer to home.

Upon arriving, enjoy the otherworldly landscaping of the lawns and discover sculptures from many notable contemporary artists in the surrounding parkland. Inside the galleries, encounter works from famous 20th-century artists, and current exhibitions that may be playful, perplexing, or even challenging, but never predictable.

Actors on the Royal Mile | Source

The world’s largest arts festival is a party like no other. For a month of each year, Edinburgh hosts tens of thousands of performers and sees thousands of events organised in venues across the city.

During its long history, many beloved comedians and actors have started their careers at the Fringe, including Billy Connolly, Eddie Izzard, Stephen Fry, and, more recently, Phoebe Waller-Bridge. The festival has also hosted the premiere shows of world-famous stage productions, including Black Watch, Stomp, and plays from Tom Stoppard. In recent times, the Fringe has been enjoying millions of ticket sales each year.

If you are travelling to Edinburgh in the summertime, we strongly recommend you organise your trip so as not to miss the festival, a defining feature of the city. Many performances are free or run on a donation-based format, so you’ll find plenty to enjoy even if you’re on a budget.

If visiting away from festival season, be sure to consult local event listings. Edinburgh is home to an amazing range of venues and there’s great music and theatre to be found every night of the year.

Around a mile to the east of the centre lies the city’s iconic mountain. Formed of the same volcanic activity that gives the city its Calton Hill and Castle Rock, the roughly hour-long hike to the top offers the best panoramas of anywhere in the area.

The hike is moderately easy and walkers are usually up and back down within a couple of hours in total. However, if you get fine weather, it’s a perfect spot for a picnic.

For lovers of literature and myth, the hill carries an extra magnetism in its associations with the legendary King Arthur. Many believe that Arthur’s Seat was the true location of Camelot. And, if you enjoy a scary story, read of the mysterious, 17 pocket-sized coffins that were found here in 1836. You can then visit the unsettling little carvings in the Royal Museum where they remain a popular exhibit to this day.

Edinburgh is a city renowned for its dramatic tours. Of course, we hope that you’ll join us for one of our unique Edinburgh walks, such as Sonny’s Crime and Punishment tour, or Paul’s Trainspotting-themed tour. But across the city, you will find an array of walking tours, often hosted by fabulous local actors.

These tours will bring the city’s story to life, whether they’re whisking you through Edinburgh’s literary heritage, sharing tales of ghostly goings-on, or taking you on an adventure into the city’s underground vaults.

As Edinburgh developed its New Town in the 18th and 19th centuries, whole streets were sometimes sealed beneath the new developments. These underground tours, in particular, are unforgettable, offering a glimpse of a world frozen in time. Mary King’s Close is one of the most famous underground streets that can be visited, you will find access through the museum, just off the Royal Mile.

When you’re tired from exploring Edinburgh’s urban landscape and are in need of revitalisation, consider a curative visit to the city’s Royal Botanic Garden. Located just 30 minutes from the Royal Mile, the site is home to an estimated 273,000 plants.

The Botanics are a collection of international scientific importance and have been in existence since 1670. The collection flourished throughout the 18th century, during the Scottish Enlightenment when the city was home to some of the world’s leading minds in science, medicine, engineering, and philosophy.

If you enjoy the calming ambience of the Botanics, you may also wish to consider a walk to Edinburgh’s Dean Village, a tranquil, historic 19th-century village that sits, perfectly preserved, in the heart of the city—an excellent stop for postcard-perfect photos by the Water of Leith river that winds through the town.

This brings an end to our list of 5 of our favourite Edinburgh tourist attractions. We hope we’ve inspired you to begin planning your visit! If you have any questions for us, we’d love to hear from you. Reach out any time.