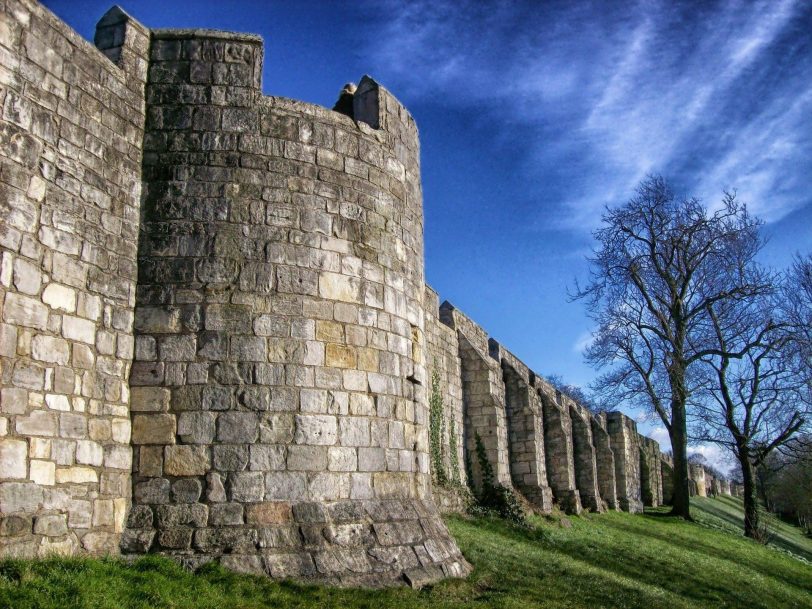 Looking for Things to Do in York?

With a history stretching back to Roman times and a distinctly medieval appearance, it is easy to see why York remains one of our most beloved travel destinations in the UK. Join us as we journey through some of our favourite things to do in York. And if you like what you see, be sure to check out our Walking Tours in York which are run by local people who have experienced homelessness; our tour guides have the insider knowledge to help you get the most from your stay. If you are planning to travel further north after your stay, why not consider our Walking Tours in Edinburgh.

Undoubtedly York’s crown jewel, York Minster is one of the largest medieval churches in Europe and perhaps the most beautiful in the whole UK. Tracing its origins back to the 7th Century, the minster (as cathedrals are often called in England) as we know it today was built between the 13th and 15th centuries. The building is enormous and as you stand inside looking at the gothic, vaulted ceilings that seem to extend to the heavens, you find yourself in awe that craftsmen with rudimentary tools were able to construct such a building. The stained glass of the Great East Window is the largest section of medieval stained glass in the world. It has been drawing visitors for centuries and it should be top of your list for your stay in York.

A former winner of the European Museum of the Year Award, this is the world’s largest collection of historic trains and railway memorabilia. Dedicated to exploring the past, present, and future of rail travel, the museum has exhibits spanning 300 years that will interest visitors of any age. With sections of the exhibition space being filled with period items and mock platforms, the museum does an excellent job bringing bygone eras to life. The railway is central to York’s history and this museum provides a fine insight into the role the city played in the development of rail travel. All exhibits come with ample multimedia delving into the history of what’s on display, so rail enthusiasts will want to reserve plenty of time for this excursion. Entry to the museum is free and there are 3 cafes on site for food and refreshment. And if you’re interested in York’s railway history, Gemma from Invisible Cities runs a tour on York’s Railway Heritage. So make sure you check that out.

The Shambles will be especially delightful for first-time visitors to England, as this fairytale street carries all the charm that we associate with historic English towns and villages. Historical documents tell us that tradespeople have been selling their wares on this street since the 11th Century and it was known as one of the city’s marketplaces since the 14th Century. Historically, butchers would have been trading on the street, but today you will find a bookshop, a bakery, and an assortment of independent shops and restaurants. With younger guests, the street will perhaps be best known as a possible inspiration for JK Rowling’s Diagon Alley in the Harry Potter books. You will certainly find your imagination come alive as you stroll through this enchanting area of the city which seems to have been suspended in a time long ago.

York has been fortified with town walls since Roman times and today the city can make the boast of having the best-preserved defensive walls of any town in England. The earliest sections of the wall stretch back as far as 71 AD, but the oldest visible feature is the multangular tower which was erected under the reign of Constantine in the 4th Century. Walking these fortifications is an excellent way to immerse yourself in the history of the city while also getting a feel for the lay of the land. Along your way, you encounter some beautifully preserved medieval gatehouses, known as bars. Traditionally these were used to restrict traffic and obtain tolls from passing travellers, but fortunately today your access is free and you are free to explore these historic sites unimpeded! And if you are interested in knowing more about the history of York's Wall, stay tuned as we are developing a new tour. Details to follow soon!

And this brings our guide for things to do in York to a close. We hope this guide has inspired you to make the most of this wonderful city. Remember to have a browse of our own Walking Tours in York before you go, and if you have any comments or suggestions for us, please do not hesitate to contact us.