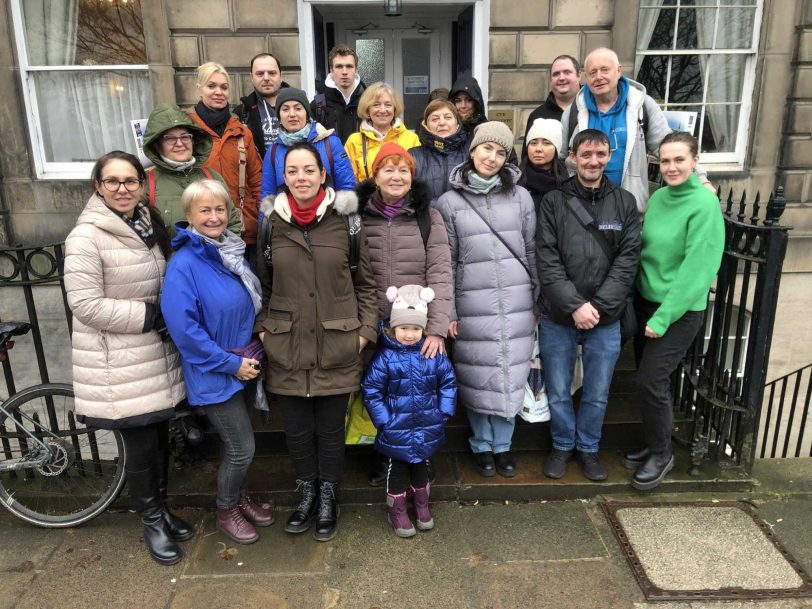 Invisible (Edinburgh) is delighted to partner with two more hotels (remember we already work with The Kimpton Charlotte Square and the Locke Hotel) in the city- this time to work on very specific projects in our community!

These tours are part of our community social impact and we hope to be expanding them through the city and beyond. In Glasgow, Manchester and Edinburgh, we offer free community tours to groups and special guests. You can read more about this here and if you are part of a community group yourself and would like to attend one of our tours, get in touch! 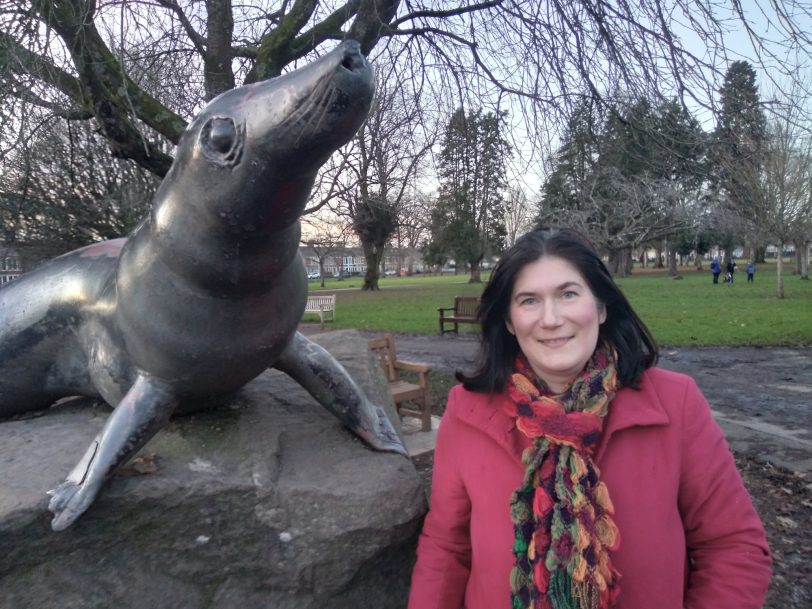 Hello, I’m Julia and I’ve just started as the Invisible (Cardiff) Service Manager. Over the past two decades I’ve been working as a theatre director and producer specialising in developing artists and new work whilst at the same time I also worked as a tour manager, guiding groups across Europe.

That’s why I leapt at this new opportunity! I couldn’t believe that a role existed that allow me to combine all the things I enjoy doing and thinking about, whilst also directly impacting people who have been affected by homelessness.

Our immediate goals are to collaborate with the National Museum Wales and the Glamorgan Archives who will play a big part in the training programme and ongoing opportunities for trainee guides to access heritage. We are gearing towards our first event on the 8th February where we will run a listening lunch for anyone interested in training to be a guide to find out more and help to shape the training. We hope to launch our first tour in early Spring and create a buzz across the tourism and hospitality sectors in Cardiff. 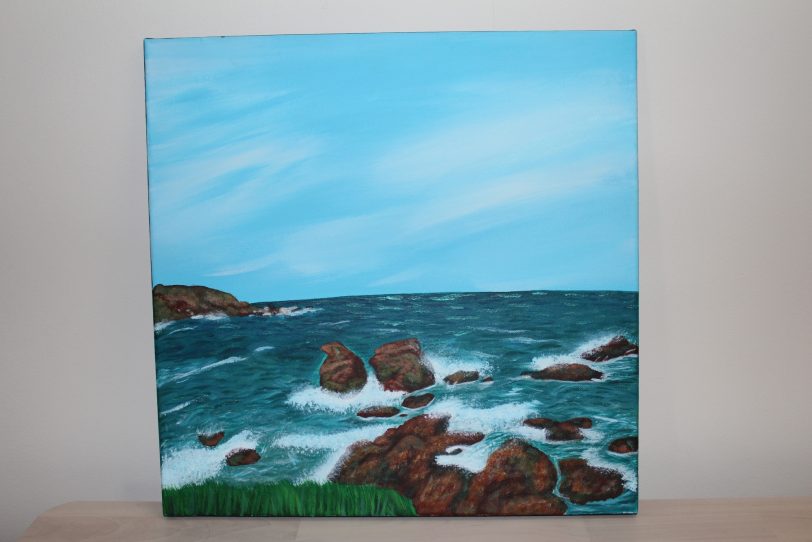 To finish off our Crowdfunder Campaign " Support The Invisible Cities Community" with a BANG, we are very excited to work with some of our supporters in Edinburgh and Welsh artist Christie Bradshaw for a one of a kind auction...

Where are They Now? PAUL- EDINBURGH

In this new series of blog posts, we catch up with our former guides to hear how about what they are up to now and how they are using their experience at Invisible Cities.

Paul, who led tours of Leith and so much more in Edinburgh, left the organisation in 2022 to pursue his dream: working as a Tour Leader and guide for a wider audience. Today we catch up with him to see how he is doing:

If you’re looking to explore the birthplace of this famous franchise, Edinburgh is the place to be. While there are actually no filming locations in the capital city, many of its winding cobblestoned streets inspired the author to pen her spellbinding story.

If you’ve ever been curious about the origin of Rowling’s famous characters, look no further than Greyfriar’s Kirkyard. This was the first church in post-reformation Scotland, built in 1620, and it is also the burial ground of several Potters, William McGonagall, Mrs Elizabeth Moodie, and, of course, Tom Riddell.

Have a Hogwarts Adventure at Edinburgh Castle

We couldn’t share a list of bewitching sites without mentioning the jewel in the crown of this Scottish capital city. Edinburgh Castle is one of the most famous monuments in western Europe. The commanding fortress walls hold the history of Scottish monarchs who once commanded their empires from the largest castle in Scotland.

Imagine Being Sorted into a House at George Heriot's School

Take one look at George Heriot’s and you’ll no doubt be reminded of the iconic Hogwarts castle. This independent school is Edinburgh’s oldest. It is situated on a UNESCO World Heritage Site.

Have a Pint of Butterbeer at The Dog House

While there isn’t an official Harry Potter pub in Edinburgh, you’ll find delicious Butterbeer served on tap in a Clerk Street pub called The Dog House. It’s easy to imagine mooching around the cosy streets of Hogsmeade as you drop into this warm and eclectic pub.

The Best Castles to Visit in the UK

The UK is known for having a history as rich and diverse as its landscapes. Each country is studded with unique castles and fortresses that reflect centuries of strife and peace. But with more the 4,000 strongholds to choose from, which are the best castles to visit in the UK?

Sat atop the iconic White Cliffs of Dover, this castle has a fascinating past. Built shortly after the Battle of Hastings in 1066, Dover Castle is also the site of a Roman lighthouse and medieval tunnels.

Why not head to the UK’s Viking capital and explore the city's heritage from the top of this fortress? York Castle was built in 1068 by William the Conqueror, the first Norman king of England; it was built as a stronghold in his military campaign the Harrying of the North, and still stands today.

Our penultimate Castle has over 2,000 years of history and is located in the heart of Cardiff’s city centre. Born out of a series of forts constructed by the Romans in the 1st century AD, the Castle was updated in the 11th century by the Normans who installed the Keep.

That William the Conqueror was certainly a busy chap! Warwick Castle was also built under his instruction in 1068. It was constructed on the bend of the meandering River Avon. Not only is this castle a great day out for families, but you can also sleep over in the summer.

Though our list is barely scratching the surface of the UK’s plethora of castles, we hope it’s given you an insight into some of our favourites. If you’re keen to soak up some more local history, whether online or in person, our award-winning walking tours in the UK are ideal. 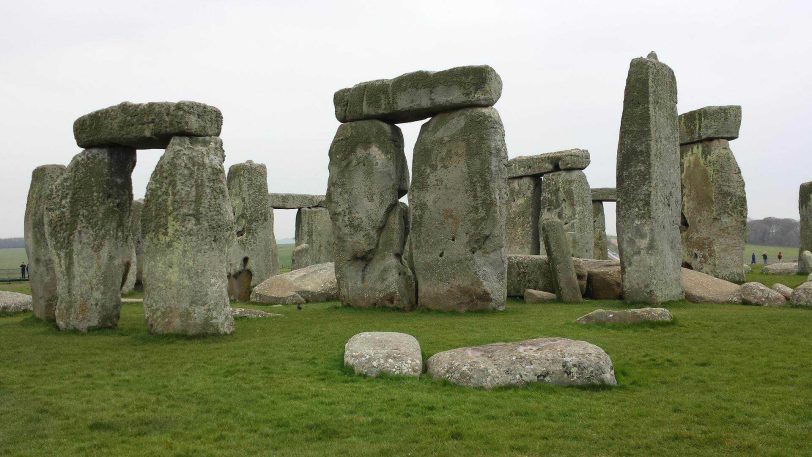 The UK is packed with history, culture, and excitement. It’s hardly surprising, then, that once you start writing out a bucket list of things to see and do here, it can end up becoming quite long! Not that this is a problem — it just means more adventures to take and memories to make!

Soak Up Centuries of History on York’s Shambles

There are many reasons to take walking tours in York, but there’s no denying that the Shambles is one of the city’s primary attractions.

Get a Comedy Kick at the Edinburgh Fringe Festival

The Edinburgh Fringe Festival is the world’s largest festival dedicated to the arts. And while it’s achieved legendary status today, it has far more modest roots dating back to the Edinburgh International Festival.

Visit Stonehenge and Marvel at Britain’s Most Famous Prehistoric Monument

We could hardly leave Stonehenge off this list, could we? It isn’t just an iconic British site, it’s recognised around the world.

Feel the Thrill of a Premier League Football Match in Manchester

We’re not taking sides on this one! There are numerous cities to take in a Premier League football match, from London to Liverpool. However, for many fans, Manchester still tops the bucket list.

The above barely makes a dent in most bucket lists of UK locations, but it’s a start! The Roman Baths in Bath, punting in Cambridge, Hadrian’s Wall, the Brecon Beacons, Giant’s Causeway, Loch Ness — the list, quite literally, goes on.

Meet our newest member of the team: Craig! 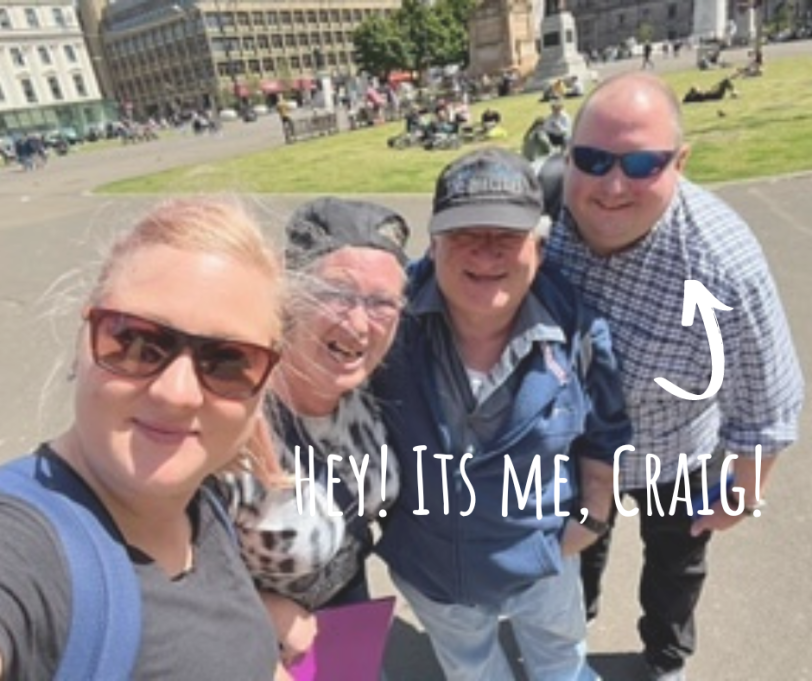 This blog post was written by Craig, who joined the Invisible Cities team in May 2022!

Hello my name is Craig and I am the administrative coordinator here at Invisible Cities (Edinburgh). I have recently taken up the role, having had a few years out of work. This was due to an eye injury that required no less than 7 operations in 3 years. Thankfully I am now well on the mend and I am excited to have joined the team. 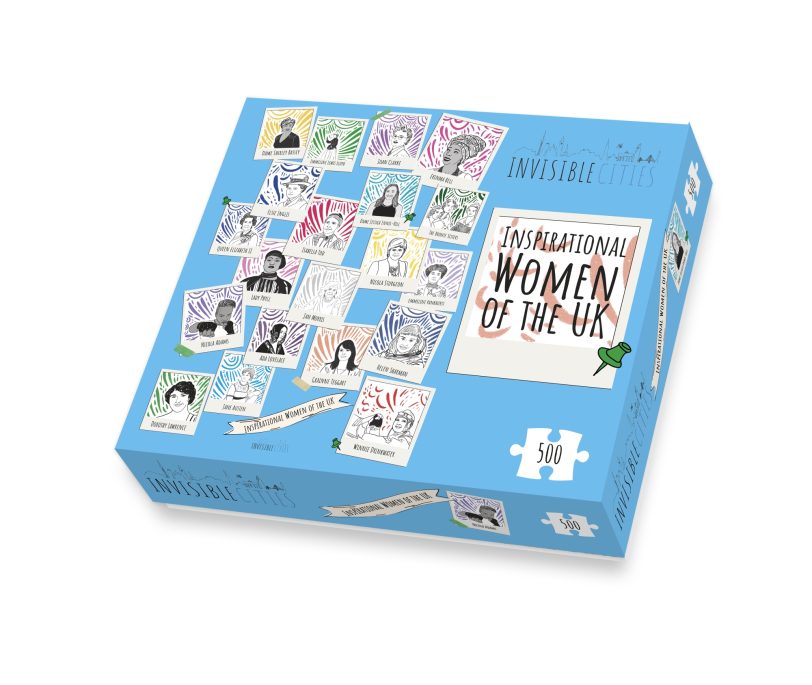 Following on the success of our Card Game: Women of the UK last year, we have decided to launch a brand new item: our very first jigsaw puzzle!

6 Unique Things to Do on The Royal Mile in Edinburgh

The Royal Mile is a microcosm of Edinburgh; its buzzing atmosphere, music, and history show some of the best things Edinburgh has to offer in just a 1.81km stretch. It's hard not to get swept away by the enchanting atmosphere of The Royal Mile, each nook and cranny is rich in stories of tales long gone by.

Step back to the 15th century and wander down Advocate's Close. The entrance is opposite St Giles’ Cathedral on The Royal Mile and is a must-visit on your Edinburgh trip.

There's a certain magic to The Royal Mile; in a way, it almost feels timeless.

Treat yourself to a flattering (or not so flattering) portrait of yourself and your loved ones with caricature.

Experience The Camera Obscura and World of Illusions

Located at the top of The Royal Mile, The Camera Obscura and World of Illusions is a great day out for all the family.

There you have it! We hope you've enjoyed our tour through the best spots on the Royal Mile, some of which you may never have heard of!