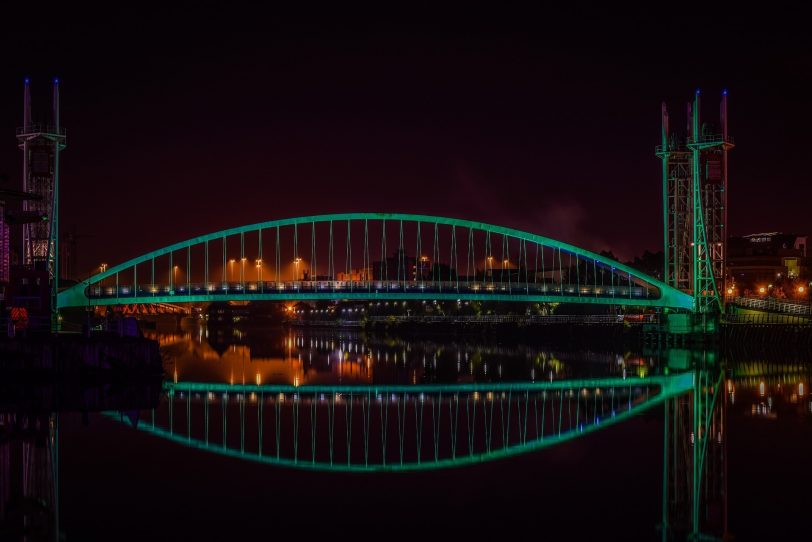 Manchester, a city of creativity and transformation. Since the Industrial Revolution, the city has been a factory perennially gifting the world with innovators and leaders in the fields of technology, science, sport, and music. And it's an environment that has produced more than its share of socially-minded renegades, figures like the suffragette Emmeline Pankhurst and the mathematician Alan Turing, who has become an LGBT+ icon as the story of his brilliant but tragic life has become better known.

At Invisible Cities, we offer guided tours that give voice to unheard stories, that shed light on alternative histories frequently forgotten, and aspects of contemporary city life too seldom acknowledged. All our guides have experienced homelessness at some point in their lives and the tours they offer are built on a combination of firsthand experience and enthusiasm for the cities they call home.

Please join us today as we run through our choices for the 10 Best Things to Do in Manchester. And, if you haven’t done so already, have a look at our range of Walking Tours in Manchester.

1. Manchester Museum of Science and Industry

Having once been the engine room of Britain’s Industrial Revolution, Manchester has a long history of major technological and scientific achievements. The city has been home to no less than 25 Nobel laureates, and it was in Manchester that Ernest Rutherford first split the atom.

This museum, beautifully housed within what was the world’s first passenger railway station, does a fabulous job of outlining Manchester’s global influence on technology. Displays include a magnificent collection of historic trains and aircraft.

Okay, so maybe we’re biased in this choice! But at Invisible Cities we believe there is no better way for guests to discover a city than by exploring it on foot, soaking up its atmosphere and learning its stories as you go. We have a range of options for you to choose from, each entirely unique and developed by your guide, so they can share with you the topics that mean the most to them personally and where they can best let their knowledge shine.

For example, on his tour Off the Cobbles with Danny, our guide Danny incorporates poetry as he brings the significance of sites like Manchester Cathedral and the Northern Quarter to life. Meanwhile, Nic’s Wonderwalk Through Manchester with Nic is focused on the magic of Manchester’s unique music scene, and the power of art to transform lives in profound ways. Check out all of our Manchester Walking Tours for more info.

Manchester’s central role in the trade unions movement and the attainment of universal voting rights makes the People's History Museum a particularly poignant museum to visit when in the city. With its impressive collection telling the story of democracy in Britain over the past 200 years, this museum addresses head-on many meaningful topics.

Learn about the aforementioned subjects of suffrage and trade unions, along with football culture, popular movements, and the experience of working-class life in the city. A thought-provoking and impressively curated museum.

Set within an evocative, Victorian former fish market, the Manchester Craft and Design Centre is a home for artists studios and businesses. The centre has been supporting local artists since 1982. With gifts to support every budget, this is an excellent destination for visitors hoping to pick up a unique item while at the same time supporting local artists and a great creative initiative.

Manchester is undoubtedly one of the greatest footballing cities in football. The city was home to some of the earliest football teams to be established and it was here that the rules of the game were first ironed out.

Today, the city is home to two goliaths of the sport in Manchester United, the most successful English team of all time, and Manchester City, a team that has enjoyed a meteoric rise in recent years, winning silverware season after season. To explore the history of the sport, visit the National Football Museum.

Of course, if you happen to be visiting at the right time, you may want to watch a live game. If your schedule doesn’t allow it, you can always consider a stadium tour, these are offered by both Manchester United and Manchester City.

Bibliophiles will certainly be at home in Manchester. Alongside a healthy range of fine bookshops, Manchester is home to Chetham’s Library, the oldest public library in the English-speaking world, which opened its doors in 1653. Its gorgeous wooden interiors and book collections can be explored so long as a booking is made in advance.

Europe’s second-largest Chinatown after Paris, Manchester’s Chinese district offers both a feast for the eyes and the stomach. Entering Chinatown through a three-tiered pagoda, visitors will be enchanted by the range of businesses and restaurants situated here. Stop for some delicious food, or simply enjoy a stroll through this unique part of town.

This legendary emporium in Manchester’s Northern Quarter is home to over 73 individual businesses selling everything from sweets to vintage clothing, esoteric regalia to sportswear and secondhand records. Even if you aren’t in the mood for shopping, it’s worth visiting this Manchester institution that calls itself a ‘totem of indie commerce’. Charming and completely one of a kind.

The inimitable L.S. Lowry, famous for his paintings of industrial landscapes inhabited by matchstick men, spent much of his life living in Salford. In 2000 Manchester opened The Lowry, a large museum and gallery space dedicated to his work. Containing around 4000 works from the painter, the space is a must-see for fans, while the amount of interactive material will keep even those new to his work thoroughly engaged.

Our final choice in our list of the 10 best things to do in Manchester is the Pankhurst Centre. The centre houses a museum in the house where Emmeline Pankhurst lived and where she founded the Women's Social and Political Union in 1903, kick-starting the women’s suffrage movement. A moving portrait of one of Manchester’s most extraordinary figures and valuable space highlighting women’s long fight for political representation and equality.

This brings to a close our selection of the 10 best places to visit during your time in Manchester. If you have any questions regarding this blog or our walking tours, please feel free to reach out and contact us anytime.