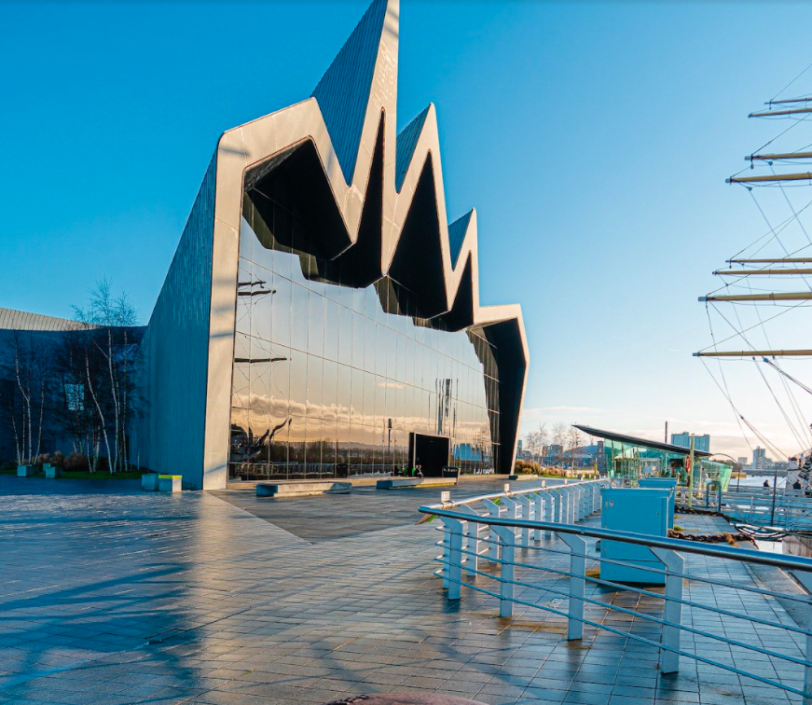 Glasgow is Scotland’s largest city and is jam-packed with a range of activities sure to excite any visitor. Home to three of the UK’s best-loved museums in the Kelvingrove Art Gallery and Museum, the Burrell Collection (set to reopen March 2022), and the Riverside Museum, Glasgow has a list of activities that tend to crop up time and again when visitors search for what to do during their stay.

But at Invisible Cities, we like to celebrate stories and locations that are often unfairly overlooked, so we’ve decided to compile an alternative list of things to do the next time you’re in Glasgow. Join us today as we explore some of Glasgow’s more unusual treasures!

And if you’re travelling in the UK and would like to explore the hidden stories of some of the country’s greatest cities, why not Book a Tour with Invisible Cities. All our walking tours are led by trained guides who have experienced homelessness or social disadvantage. Our guides provide unique, personal insights into the city’s they love, shining a light on aspects of the city that are too often missed.

Otherwise known as The Panopticon, or Britannia Panopticon, this old music hall (one of the oldest surviving music halls in Britain) first opened its doors on Christmas day in 1859. It was here that the legendary Stan Laurel, of Laurel and Hardy fame, performed comedy for the first time, on an amateurs’ night in 1906.

The building’s wooden stalls and horseshoe balcony could welcome an audience of 1,700 and where they would be entertained by variety acts, theatre, boxing matches, early cinema screenings, or even a Himalayan Bear who lived in the basement!

Time was not entirely kind to the building, though the site has been lovingly restored by the charity who seek to preserve its legacy. An opportunity for time travel in the centre of the city.

This museum, located just next to Glasgow Cathedral, is too often passed by in favour of the city’s more prominent museums and attractions. The St Mungo Museum is dedicated to exploring world religions and the nature of belief in different people’s lives.

This is a serene space that really celebrates the diversity of human experience, which is appropriate for a city as welcoming and inclusive as Glasgow. After browsing the beautiful displays of religious art and artefacts from across the globe, visit the tearoom which looks onto Britain’s first Zen garden.

Certainly one of Glasgow’s strangest exhibitions, and, perhaps, one of the strangest you will ever see, The Sharamanka Kinetic Gallery comes straight from the imagination of Russian-born artist Eduard Bersudsky, with the help of his collaborators, theatre director Tatyana Jakovskaya, and light and sound designer Sergey Jakovsky.

The gallery is comprised of a series of sculptures, each made from wooden carvings, pieces of old machinery, and other assorted scrap elements. The art is inspired by folk tales, classic literature, dreams and nightmares.

Once a group has entered the gallery, the exhibits are brought to life: the kinetic sculptures rattle, spin, dance, and stomp in time to atmospheric music and choreographed lighting. Surreal, dark, and totally fantastic.

This series of mysterious, medieval stones were carved at some time between the 9th and 11th centuries. The stones are linked to the Lost Kingdom of Strathclyde, a kingdom of Scotland’s old, Celtic past. It is known that the Vikings raided this area in the 9th century and some of the pieces show the influence of Scandinavian settlers, particularly the striking hogback stones.

Today, the stones are housed in the Govan Old Parish Church, a fine setting for these enigmatic artefacts. In 2017 the stones were voted as Scotland’s best ‘hidden gem’ in a nationwide poll. Not to be missed by anyone interested in history.

Originally opened in 1939 under the name The Cosmo, the Glasgow Film Theatre (GFT) is a throwback to the heyday of cinema in the city. During the 1930s, Glasgow was home to 114 cinemas and Glaswegians attended the cinema an average of 51 times each year (for comparison, the average cinema attendance in England at the time was 21 times per year).

Glasgow was in love with the silver screen, and this cinema, built in a Dutch modernist style, is an illustration of that hunger for movies. From its earliest days, the GFT specialised in foreign films and continues to showcase world cinema, indie movies, and experimental work to this day; the GFT shows around 600 films each year with around 60% being foreign-language productions. If you, too, love cinema, visit the GFT where you can enjoy a historic setting and exciting films.

This brings to an end our list of alternative things to do and explore in the fabulous city of Glasgow. If you haven’t already, take a look at our Glasgow Walking Tours, where our latest guided tours will be available for booking. And should you have any questions about this blog or anything else related to what we do, please contact us.