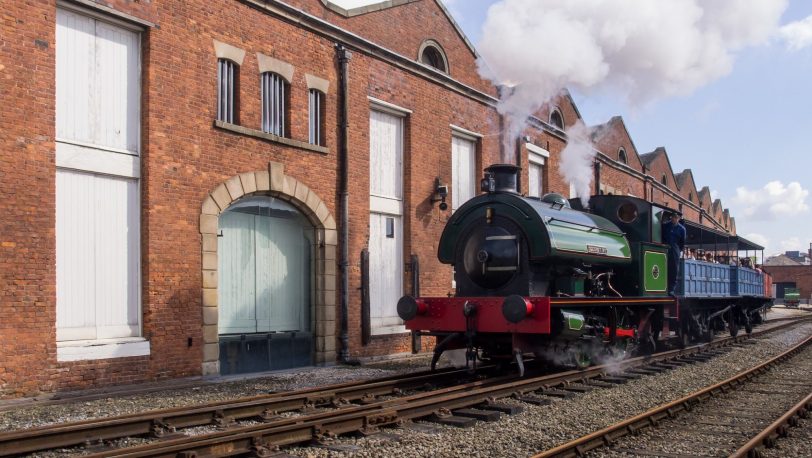 Where Are the Best Places to Visit in Manchester?

A harmonious mix of the old and the new makes Manchester one the most captivating cities in the UK, and in recent years the city has gone from strength to strength, securing its place as one of the top destinations anyone travelling in the UK should visit. Join us as we explore some of our favourite sights to make your trip extra special. If you haven’t done so already, have a look at our Walking Tours in Manchester which are led by local guides with an intimate knowledge of the city. And if you are travelling further north, consider our Walking Tours in Glasgow.

Having been used as a filming location for many period dramas, the John Rylands Library is an enchanting neo-gothic library located in the heart of Manchester. First opening its doors in 1900, the library was founded by Enriqueta Augustina Ryland in tribute to her husband, John, who was Manchester’s first multi-millionaire and a notable philanthropist. The library’s special collections are among the largest in the UK and visitors will be able to see such treasures as a Gutenberg Bible, a First Folio of Shakespeare, and even the oldest surviving fragment of the New Testament. Today, the library is often referred to as being Hogwartsesque for its archways and vaulted ceilings, and it is certainly difficult not to fall under its spell. For book-lovers, we would also recommend taking a short walk to the nearby Chetham’s Library – the oldest public library in the English-speaking world and another Manchester venue sure to teleport you back in time.

Old Trafford: The Theatre of Dreams. Home of the most successful English team in the history of the beautiful game, this is a must for all sports fans, but there is plenty of interest here to make the visit an enjoyable day out for those who do not follow football. Football stadiums are the gladiatorial arenas of the modern age and this 80,000-seater stadium has brought joy and sorrow to more spectators than most throughout its glorious history. Visitors can expect to be given a fabulous insight into the club’s history by expert guides and will have access to parts of the arena normally reserved only for players – you’ll even be able to walk down the hallowed player’s tunnel, tracing the same path to the pitch as club legends like Ronaldo, Beckham, Cantona, and Rooney. For football enthusiasts, the National Football Museum in Manchester also makes for an excellent visit, being the largest of its kind in the world. And for those more inclined to cheer a Man United defeat than a victory, their cross-town rivals Manchester City also offer a very enjoyable series of tours of their impressive ground, the Etihad Stadium.

The Manchester Museum is an excellent attraction for guests of all ages. The largest university-owned museum in the UK, the museum has around 4.5 million items within their collections. Established in 1867, today the museum is one of Manchester’s most popular attractions with over 400,000 visitors each year. The scope of the exhibits on display here is extraordinary and any guest is sure to find displays that will fire their imagination. A visitor favourite is the museum’s 65 million-year-old tyrannosaurus rex, Stan, who has been delighting young and old alike since he first went on permanent display in 2004. Also of particular note is the museum’s Egyptology department which comprises 18,000 artefacts and includes the mummy of a woman name Arsu who lived in Thebes almost 3,000 years ago. This is a treasure trove of wonders.

Known as the bohemian corner of Manchester, the Northern Quarter is an excellent area to explore on foot for independent shops and stylish cafes, bars, and restaurants. The fortunes of this district have been bound to Manchester’s industry over the centuries and the area fell into a steep decline after the Second World War as commercial centres shifted. But over the past couple of decades, enterprising business owners and other creative minds have turned this into one of the most vibrant parts of the city. Manchester is famously the birthplace of bands like Oasis, The Smiths, and Joy Division, and music lovers will find excellent record shops in this area stocked with quality vinyl, while fashionistas will find plenty of vintage clothing stores. The indoor market Afflecks should be on the to-do list of anyone hoping to do some shopping during their stay. For more things to do in this part of Manchester, check out our tour Off the Cobbles with Danny. On this tour, you’ll learn about Manchester from someone who has lived on its streets. Danny likes to convey his enthusiasm for Manchester while also combatting stigmas about homeless people.

The Science and Industry Museum

Another Manchester Museum housed in a stunning building, the Science and Industry Museum is based at what was once the world’s first passenger railway station. In its heyday, Manchester was the piston driving the British Empire and this museum gives a fascinating insight into the city’s achievements, from being the birthplace of the industrial revolution to where Ernest Rutherford first split the atom. There is a range of significant aircraft on display, including a locally built Spitfire and an impressive collection of early locomotives. For guests more interested in the political than the scientific, the People’s History Museum is an excellent alternative. Again charting Manchester’s impact on British (and global) history, the People’s Museum is focussed on the revolutionary spirit of this city which was at the centre of the Suffragette movement and was home to Marx and Engels as they wrote their Communist Manifesto.

This brings to a close our selection of the best places to visit during your stay in Manchester. Do you have any questions for us? Is there something you feel should be included on the list? Please feel free to reach out and contact us anytime, we’d be happy to chat.