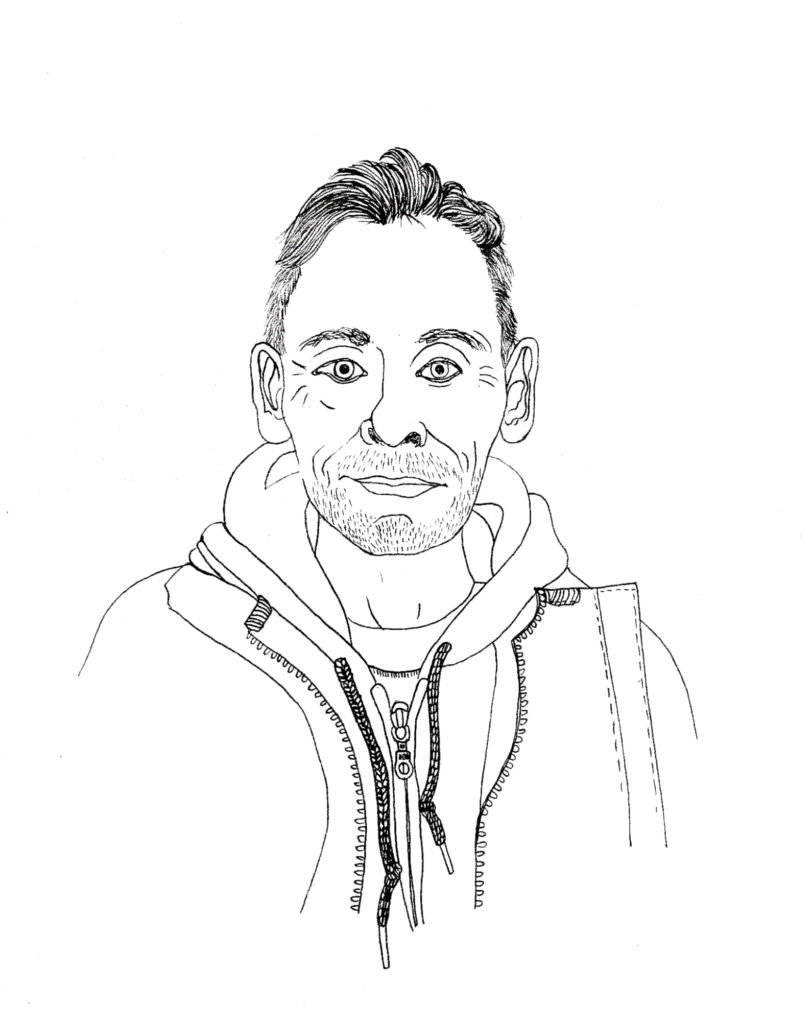 It’s been four months since we officially started taking people ‘Off the Cobbles’ in Manchester, and well, what a four months it has been. We’ve been featured in The Guardian, Manchester Evening News, Channel 5 and even been featured multiple times on The BBC. Most importantly, however, Danny, our ex-army veteran who spent four years sleeping rough around the streets of Manchester and Birmingham, has been able to tell his story to hundreds of people, some coming from all four corners of the world.

Aiming to challenge the stigmas of homelessness with his words, Danny is a talented poet. Whilst this talent has taken him to performing at prestigious venues such as Manchester Cathedral and the Albert Hall, it also forms the basis for his self-written tour around the city centre, taking people to the spots where he often slept and spent much of his time when he was homeless.

Poetry is language at its most distilled and most powerful. And for Danny, it has not only become the medium through which he could translate his personal experiences of both homelessness and post-traumatic stress disorder whilst he was on the streets, but it has also become the channel through which the 63 year old can show visitors the city, from the perspective of those who call it home.

Taking us to the hidden gems of Manchester, we celebrate the city and shine a light on what may often be overlooked. As one of the most valuable means through which Danny rebuilt his life, street art features prominently on the tour, providing a colourful and hopeful backdrop to Danny’s poignant words.

Indeed, Danny’s tours are truly unique: they are personal, heartfelt, and every so often, challenging to listen to. Lest we forget, changing perceptions of homelessness isn’t an easy task. Yet despite this, Danny’s natural Scouse charm and quick wit prevails, making his stories, albeit difficult at times, accessible to all.

Whilst our goal may be a simple one, our journey to this point hasn’t always been so smooth sailing. Yet Danny’s perseverance, coupled with months of hard work behind the scenes, has produced something bold, innovative, and great. But, we haven’t stopped there.

In addition to the tours, November was a particularly busy month for us. We attended the Greater Manchester Social Enterprise Summit, the first With One Voice International Arts and Homelessness Festival in the World, and our founder, Alice Sparks, was even invited to talk on a panel discussion at the National Social Value Conference, held this year in Manchester.

Danny even caught some unexpected attention from some members of the conference, with the ex-MP for Salford, Hazel Blears, not only stating her love for Danny’s poems but also inviting Danny home with her (we’ll leave that one to the imagination).

Jokes aside, the last couple of months have been both incredibly exciting and fast paced. We’ve even been invited to give talks at both Urmston Grammar and Westholme Independent School. Crucially, however, we were able to tell the students of both the work of Invisible Manchester and the importance of challenging perceptions of those who live on the streets.

Another first for us was in December we also travelled to Edinburgh to take part in the first ever Invisible Cities meet up, where all tour guides from Glasgow, Manchester, York and Edinburgh could feedback and help each other. This was an incredible experience - a real embodiment of the friendship and community spirit we at Invisible Cities aim to create.

In our local community, we’ve also received so much generous support. 2018 finished with Danny receiving an extraordinary print from the Manchester based anonymous street artist Mancy, inspired by his words, courage and candid sense of humour. And, for any of you who have joined us on the tour so far, you’ll know it is basically a blueprint, an outline of our route around the city. Importantly, we wouldn’t be able to do any of this without the support and help from our local community, and for that, we are eternally grateful.

That’s great – but what’s in store for the future?

We’re constantly looking at ways that we can expand our initiative to empower more and more people that have been affected by homelessness to tell their story. So, we are starting training with 5 new splendid guides to create new tours about a whole array of themes including food, crime, music and even gardening.

And, for Danny, the future is only looking brighter and brighter. Keep your eyes peeled for Danny’s own book of poetry gracing the shelves of Manchester very soon.

But most importantly, we want to attract more and more people to experience our tours and learn about what it’s like to live on the streets of Manchester, from the perspective of those who know it best. Our tours run every Saturday at 11am, and Sundays at 2pm. Book your place here.

Alternatively, if your group is larger than 6 people, please contact us to arrange a private tour.

We hope to see you very soon!
Think you can help spread the message? Contact us here: manchester@invisible-cities.org